Meg Reed Takes Over as Coastal Shores Specialist for DLCD 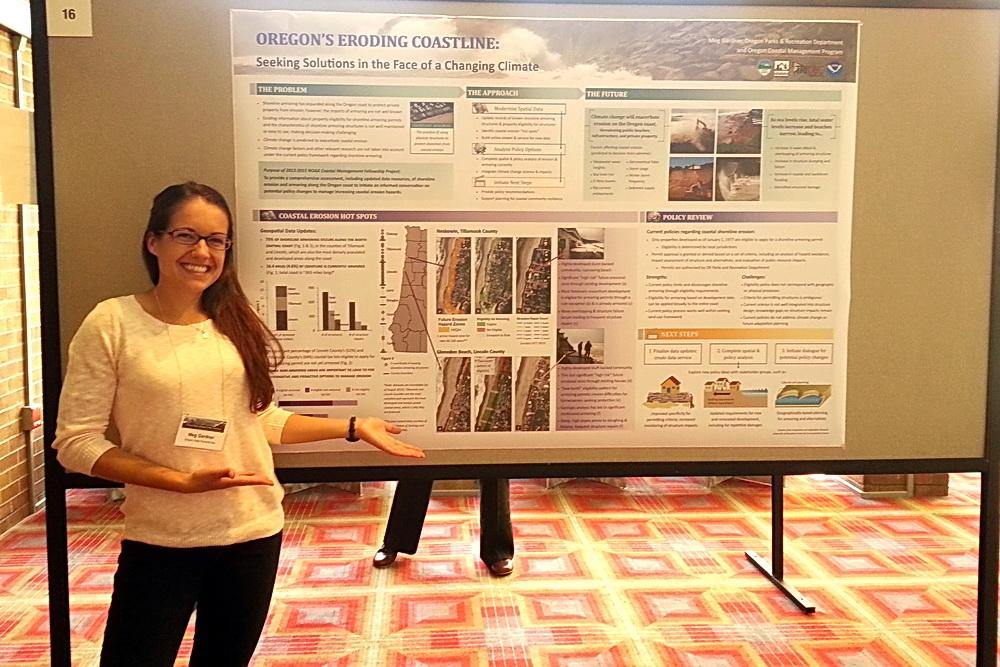 The Department of Land Conservation and Development (DLCD) has said a fond good-bye to Laren Woolley, long-time Coastal Shores Specialist, who retired at the end of September.  He has been a familiar figure in discussions about coastal hazards, both those immediately threatening, such as earthquakes and tsunamis, and those playing out over longer terms, such as climate change and sea level rise. This position has been critical in working with local governments and state agencies (principally the Oregon Parks and Recreation Department) to carry out statewide Goal 18, the “Beaches and Dunes” goal, to address riprap, sea walls and other ocean protective structures, beach erosion, and related development issues.

The good news is that his replacement is someone Oregon Shores has worked with already and who has made a substantial contribution to shoreline management.  Meg Reed is the new Coastal Shores Specialist and will work from the DLCD Newport office.  Tehn known as Meg Gardner, she gained valuable technical and policy knowledge of Oregon’s ocean shore and Goal 18 through her work as a NOAA Coastal Fellow with DLCD from 2013-2015.  Her Fellow project resulted in an improved data repository for Oregon's ocean shore permitting process that can be seen in the Ocean Shores Data Viewer on the Oregon Coastal Atlas website.  Her project built upon previous efforts in DLCD to identify and map coastal properties eligible for shorefront protective structures under Statewide Planning Goal 18.  Meg also studied the cluster of difficult legal and policy issues associated with ocean shoreline management under current Oregon laws and policies.  As a result she brings a good deal of relevant background to her new position.

She has a Master’s Degree in Natural Resources Management and Policy from the University of New Hampshire. Immediately prior to re-joining DLCD Gardner was the Environmental Programs Coordinator for the Oregon State Marine Board and oversaw a program to identify and remove derelict vessels from Oregon’s waterways and shores.

Meg is also well-known to Oregon Shores in another way.  She worked with our CoastWatch program to coordinate the King Tide Project during her period as a Coastal Fellow.  She will take on that responsibility on behalf of DLCD once again, and will be renewing her collaboration with us on this year’s King Tide project from November, 2016 through January, 2017.