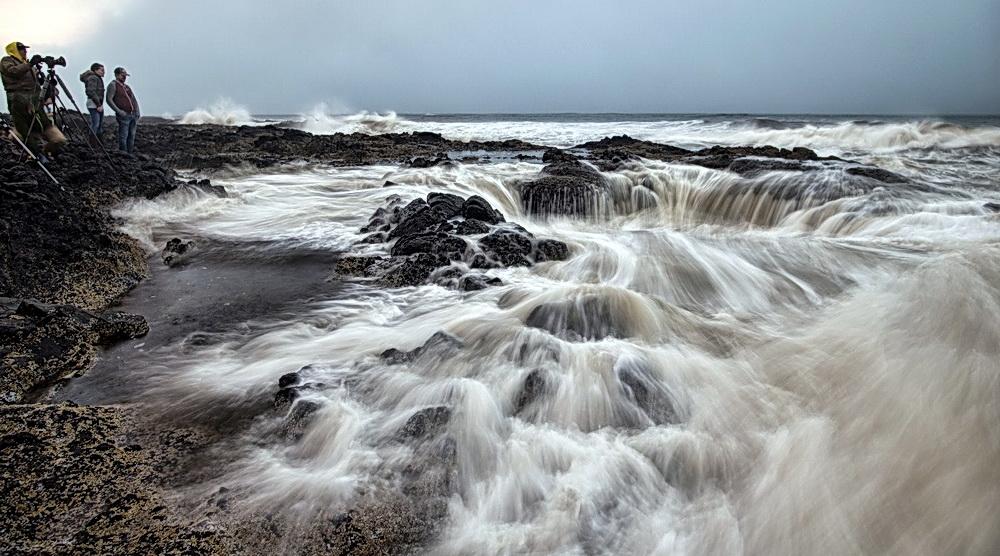 A becalmed effort by Oregon’s Ocean Policy Advisory Council (OPAC) to review and update Oregon’s Rocky Shore Strategy in the Territorial Sea Plan recently got a boost.  Deanna Caracciolo joined the staff of the Oregon Coastal Management Program, which supports the OPAC work, as an Oregon Sea Grant Coastal Fellow.  She received a Master’s degree in 2017 from the Oregon State University Marine Resources Management Program.

Deanna will spend the coming year working with the OPAC’s Rocky Shore Working Group to review the current Rocky Shore Strategy, current management of rocky shores, and developments in scientific understanding of the condition and trends in rocky shore ecology in Oregon.  The Working Group also intends to hold public meetings to gather information and opinions about rocky shores but those meetings have yet to be scheduled.  The Working Group hopes to have recommendations ready for OPAC review by next fall.  Oregon Shores will be actively engaged in this process.

Oregon Shores had proposed to OPAC in December, 2015 that it review and update as necessary the Rocky Shores Strategy in the Oregon Territorial Sea Plan (TSP). That strategy was adopted with the TSP in 1994.  Oregon Shores argued that the passage of time and changing conditions on the Oregon coast warranted a review of the strategy.  The OPAC approved the review and an initial review was conducted by the working group in early 2015, which recommended a more thorough study.  Since then, meaningful review and analysis has been stalled by lack of staff resources.  Deanna’s work will enable the working group to finally get off the ground.  Oregon Shores will be actively tracking her work and OPAC’s progress, and advocating for strengthened protection for our rocky intertidal habitats.

Background:  The original plan contained specific recommendations for managing each of 87 rocky shore areas along Oregon's shoreline; some were implemented by the Oregon Department of Fish and Wildlife and the Oregon Parks and Recreation Department, but most were not.  Oregon Shores has been concerned ever since that our rocky shore habitats were not receiving sufficient scrutiny or protection, and has made updating and strengthening the Rocky Shores Strategy a priority for 2018.

For more on the history of this issue, see the background briefing prepared by Oregon Shores board member Bob Bailey.