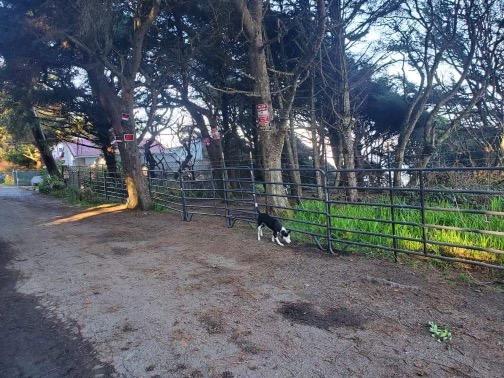 Oregon Shores has worked to preserve access to our public beaches throughout our 50-year history.  Access was frequently threatened decades ago, and recent events demonstrate that it isn’t guaranteed now without a battle.  Our Beach Bill assures public access along the shoreline, but access to the shoreline requires either public ownership of land adjacent to the shore (such as state parks), or maintenance of dedicated rights-of-way.

Access is now threatened to Lighthouse Beach, a popular and well-loved stretch of shoreline near Charleston in Coos County.  We stand with our colleagues in the Surfrider Foundation in working to restore the public’s long-standing access, which has now been blocked. We ask all those concerned with public access to help by contributing to the legal effort that Surfrider is heading up.

The Surfrider Foundation, on behalf of its Coos Bay Chapter, has filed a lawsuit seeking to restore public access to Lighthouse Beach in Coos Bay, Oregon. Specifically, the lawsuit seeks to reopen and have a court judicially affirm the public’s right to use a specific footpath, located near the southwest end of Lighthouse Way, that leads to Lighthouse Beach. This type of legal claim, that the public has established a right-of-way through lengthy, continuous historic use, is known as a prescriptive easement.

Lighthouse Beach is a beautiful and culturally significant pocket beach that has been used extensively by members of the community for beach recreation, including surfing, fishing, walking, family gatherings, picnics, and more, as well as stewardship. In March 2021, the public’s long-standing use was cut off when barbed wire was strung across the trail and a gate was installed, making the path hard to access. Thereafter, the steps built by members of the public decades ago were removed, and brush was thrown in the path, making it impassable.

After dismay and community outcry over the restricted access, Surfrider created a campaign to restore public access, which Oregon Shores strongly supports. Surfrider also reached out on multiple occasions to the owner of the property upon which the path sits, in an attempt to reach an amicable solution without resorting to litigation. However, the property owner was unwilling to discuss any meaningful restoration of public access and instead tore out the steps at the bottom of the path where it descends to the beach.

Surfrider members, Oregon Shores members (including two of our board members!) and members of the public need this pathway (the only viable means of getting to the beach here) to reach the shore not only for surfing and other recreation, but also as stewards of the beach and community.  Surfrider’s Coos Bay Chapter has hosted multiple beach cleanups at Lighthouse Beach, including an extensive months-long cleanup when a large dock and millions of bits of foam from it washed up on Lighthouse Beach. Additionally, Coos Bay Surfrider has conducted the Blue Water Task Force water quality testing program at Lighthouse Beach for nearly 20 years, using this very path for these cleanup and testing activities.  CoastWatch mile adopters need access to keep watch over this stretch of shoreline.

We are in constant communication with Surfrider., and they need our support to continue this work. Oregon Shores has made a substantial contribution toward the costs of the lawsuit, but donations to this campaign from individuals are needed as well.

To contribute or to learn more, go to https://oregonshores.org/lighthouse-beach-legal-fund.