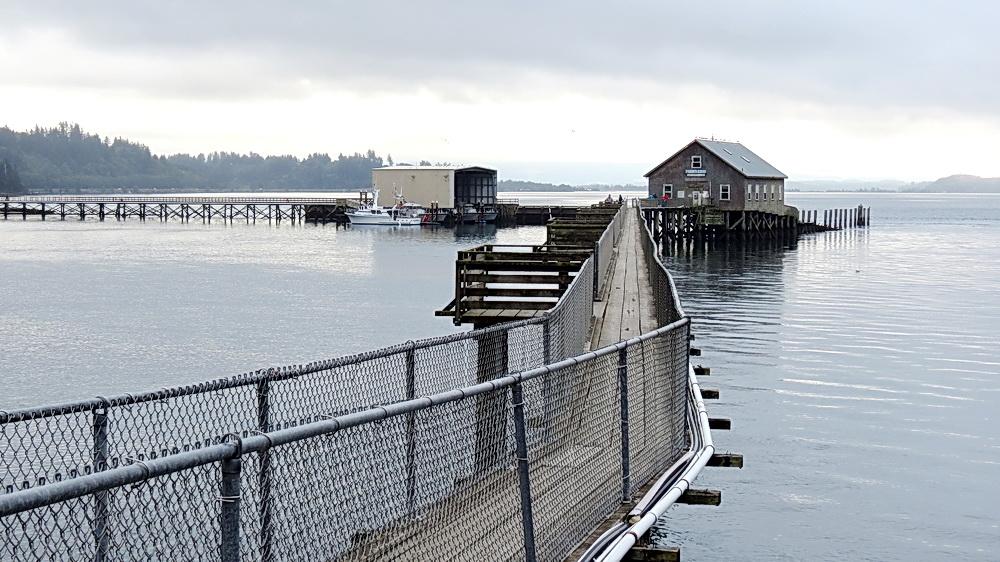 Pier at Garibaldi--acidification can affect Oregon's fisheries\Photo by Sonja Peterson.

The PCC, an intergovernmental partnership of British Columbia, Washington, Oregon, and California, created the OA Alliance to bring together governments around the globe to combat ocean acidification and changing ocean conditions that pose immediate and critical threats to coastal economies and ecosystems.

"Healthy oceans are integral to Oregon's way of life, contributing to a thriving economy, yet communities along the West Coast are already experiencing the impacts of climate change first hand," Gov. Brown said. "Addressing ocean acidification, climate change, and their impacts to our communities and economies is complex, but I am proud of efforts underway in Oregon and remain confident we can make meaningful progress by working with regional partners and standing in solidarity with other global leaders."

Oregon, as well as other OA Alliance members, have announced a voluntary commitment to the implementation of United Nation's Sustainable Development Goal 14.3, which addresses ocean acidification and the threats it poses. Along with their West Coast partners, the Alliance is calling on U.N. member nations to act on ocean acidification by investing in research and monitoring, exploring adaptation and mitigation strategies to changing ocean conditions, engaging in public outreach and education, and making deeper commitments to reduce carbon emissions to protect the economic and cultural resources at risk in coastal communities around the world.

Ocean acidity has increased by 30 percent since the industrial revolution, and is expected to double pre-industrial levels by the end of this century as a result of the ocean absorbing one-third of the atmospheric carbon dioxide generated by human activities. More alarming, based on extensive laboratory and field studies conducted worldwide, significant impacts on fisheries and marine ecosystems have already been documented due to ocean acidification and will worsen in the future. From juvenile oyster die-offs in the Pacific Northwest to coral reef bleaching in the Caribbean and South Pacific Ocean – impacts are already being felt by coastal communities around the world. Last week, a study in the peer-reviewed journal Nature Scientific Reports revealed that the waters off the Pacific Northwest coast are among the most rapidly acidifying in the world.

For more on the International Alliance to Combat Ocean Acidification, visit https://www.OAalliance.org .