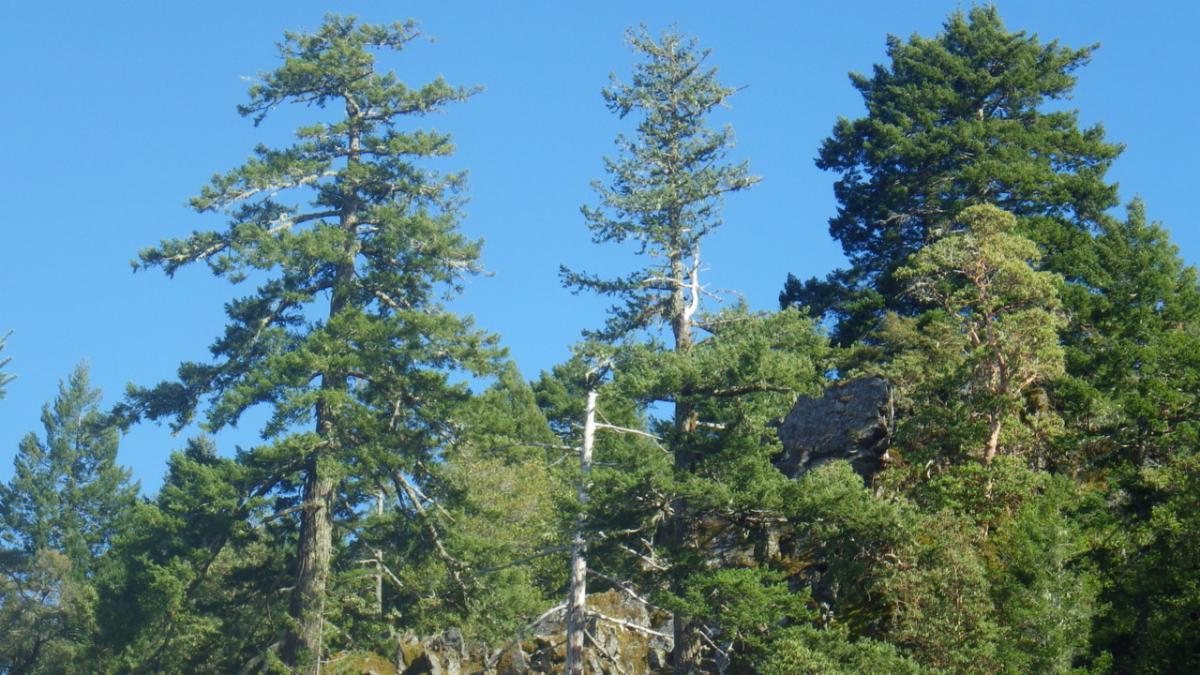 Oregon Shores has joined other conservation groups in raising serious questions about a proposed new rock quarry in the Hunter Creek watershed in Curry County.  We have collaborated on comments with KS Wild and Oregon Wild.

The Oregon Department of Transportation (ODOT) announced plans in February for a quarry to be developed on Bureau of Land Management (BLM) lands. The Colebrook Quarry would be located at an upland site off Hunter Creek Rd., about a mile before the Hunter Creek Bog. The site to be developed contains old growth trees.

ODOT is managing the project, despite the fact that it is located on federal land.  This is because the Federal Highway Administration has an agreement with BLM for siting quarries.  This means that the project is in effect pipelined. Despite the large scale of this project, the quarry will proceed with the minimum review possible, a categorical exclusion (CE). According to ODOT, the proposed quarry is expected to supply a minimum of 300,000 tons of rock for ongoing repair of Highway 101. ODOT expects the quarry will be used for 3-5 months every two to three years— during summer paving season and/or during winter, when landslides affect the highway—generating truck traffic of 30-60 round trips per day. Operations at the quarry will include drilling, blasting, excavating, crushing, processing, batching, and hauling.

ODOT claims that concerns about drainage and road runoff caused by the project affecting Hunter Creek are not its responsibility.  This is a concern fully addressed in our comments—Hunter Creek is a habitat for threatened coho salmon.  There are many other concerns that ODOT has failed to address.

We contend that ODOT has completely failed in its duty to consider potential impacts, and should start the process over, beginning with an Environmental Impact Statement.  Among the issues that should be addressed:

*The area in the vicinity of the proposed site is characterized by rock mineralogies and soils that naturally contain toxins. Excavation and exposure of these materials to erosion, runoff and sedimentation will subject the downstream human and natural communities to impacts due to reduced water quality for drinking, recreation, and fish health and habitat, including for salmonids and other Federally listed species. Before breaking any ground, thorough, credible hydrological and biotic studies should be required, including characterization of groundwater flow and its connections to Hunter Creek.

*Ground movement activities and dust, noise, and vibration from heavy ground-moving equipment, and the huge numbers of dump trucks that would be hauling gravel down Hunter Creek Road, with its mostly dirt or gravel surface, would result in extensive impacts including dust composed of fine mineral and soil particles, including toxins, which settle on surface waters and the surfaces of many organisms, including several rare or listed species, or other species of concern.

Oregon Shores recognizes that quarrying is a necessity and must take place somewhere.  It may be that quarrying can be carefully done at this site without significant environmental harm.  However, that has not been demonstrated. The message at this time is that the agencies must back off from the attempt to rush this through and study the potential impacts much more thoroughly. Nothing short of complete resource characterizations including risk and Natural Resources Damages Assessments; full, transparent consultations with resource specialists, tribes, and all appropriate Federal and State of Oregon agencies; and complete, transparent information sharing with the public in hearings and public comment periods, is appropriate or acceptable to meet legal requirements, professional standards and the public interest.

Send comments to project engineer Jill DeKoekkoek at Jill.DeKoekkoek@odot.oregon.gov. The formal comment period has ended, but that doesn't mean that comments won't let them know about public concern, even if they don't go on the official record.