Oregon Shores connects interested people with citizen science projects, often partnering with scientists and resource agency researchers. These projects are a form of stewardship in which non-scientists can play a valuable role in gathering information that contributes to research and management on the Oregon coast.  For CoastWatch volunteers, citizen science provides an opportunity for in-depth assessment and investigation on their adopted miles. Some projects involve joining a team for a formal survey using scientific protocols; others simply involve being watchful for specific phenomena and knowing how to report the information. To join one of these projects, contact Jesse Jones, CoastWatch’s volunteer coordinator, at jesse@oregonshores.org.

Participate in marine debris monitoring using a protocol developed by the National Oceanic and Atmospheric Administration (NOAA). This project involves consistent monthly surveys on an 100-meter stretch of beach. Within that 100-meter stretch, debris is collected in five-meter increments. This can be done in teams of two or more, making it an excellent group activity. CoastWatch trains volunteers for this survey year-round.

Volunteers for the Oregon King Tides Project photograph the year's highest tides, known as king tides, to demonstrate current coastal flooding vulnerabilities and to anticipate what will become ordinary tide levels with sea level rise. In fall and winter, CoastWatch and the Oregon Coastal Management Program provide outreach and training.

CoastWatchers and other observers report marine mammal strandings year-round to the Oregon Marine Mammal Stranding Network. Anyone observing a stranded animal, alive or dead, anywhere on the coast, can assist by submitting an online report.

The hybrid beachgrass survey is a collaboration with scientists at Oregon State University. Volunteers help track the spread of a newly discovered beachgrass, a hybrid of the two invasive species of beachgrass that dominate Oregon's coastal foredunes. 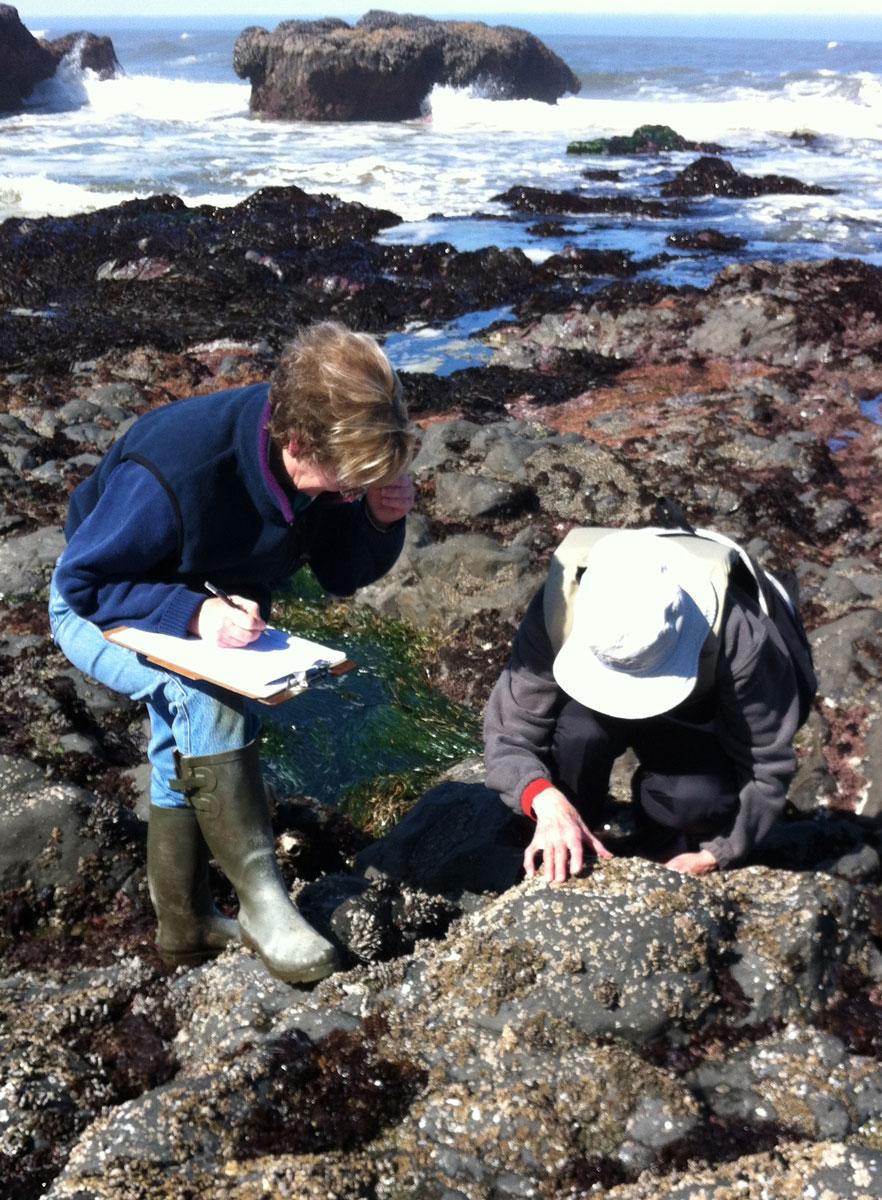 Citizen science has become an important component of environmental science nationally and around the world.  The fact that ecosystems are increasingly threatened by human activities makes it more critical to monitor them carefully.  There aren’t enough scientists and resource agency personnel to have eyes and ears everywhere, which is why citizen scientists can play such a crucial role.  By making careful observations and using structured protocols for reporting accurate data, volunteers can extend the reach of scientists and help track changes in the environment.

In the words of Mary Ellen Hannibal, author of the 2016 book Citizen Scientist: Looking for Heroes and Hope in an Age of Extinction, “Citizen science has centuries-old roots and multiple meanings.  With technological tools like iNaturalist, regular people can make geo-located observations in nature that allow for the same kind of analysis that inspired Charles Darwin.” She spoke to us in 2021; watch the recorded webinar here.